The NIAGADS Data Sharing Service (DSS) was developed to facilitate the deposition and sharing of whole-genome and whole-exome sequencing data from ADSP and other NIA funded ADRD studies to the research community at large. In keeping with the NIH Genomic Data Sharing (GDS) Policy, all data are classified as controlled access.

Principal investigators can request DSS distributed data through the Data Access Request Management (DARM) system by logging in using their eRA Commons ID. Once an application is approved by the NIAGADS ADRD Data Access Committee (NADAC) and Data Use Committee (DUC), the data can be accessed through the Data Portal and downloaded directly or through Amazon EC2.

Investigators must be permanent employees of their institution at a level equivalent to a full-time assistant, associate, or full professor senior scientist with responsibilities that most likely include laboratory administration and oversight. Laboratory staff and trainees such as graduate students, and postdoctoral fellows are not permitted to submit project requests. 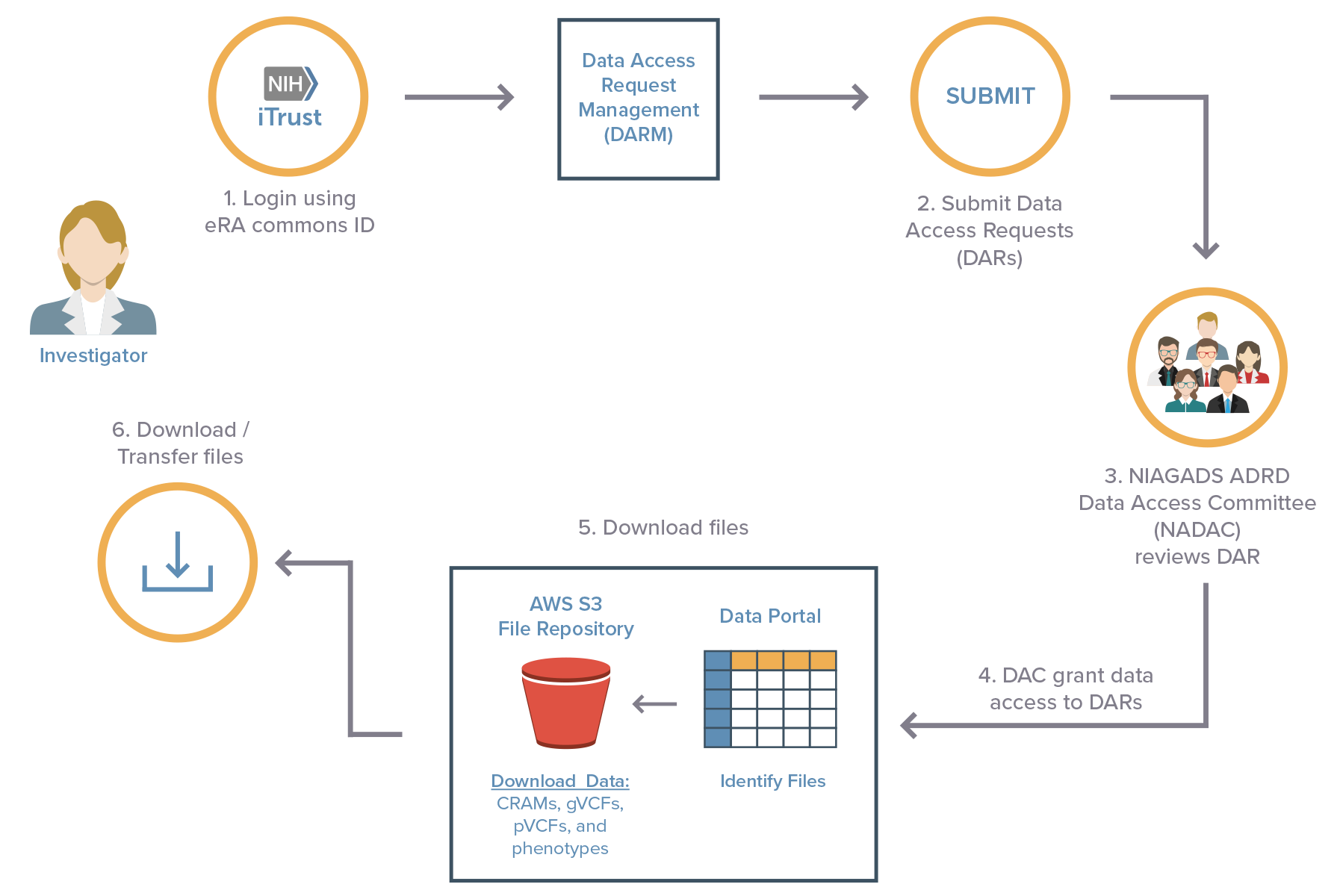